A spot of sunshine

As a reward for nearly finishing the Olympic job we had planned to spend a week in slightly more predictable sunshine so after finding the cheapest option careful consideration, we chose Tunisia. We won't mention that at one stage when I was tired, I called it Tanzaninia. I like to call it, invent your own country. LOL
The hotel was lovely and right on the beach. Our room had a lovely view of the water & the sound of the waves was very therapeutic. 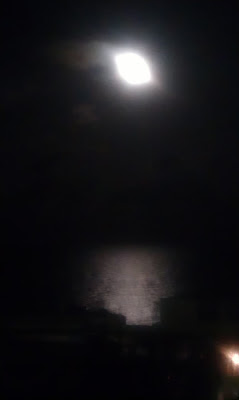 Lovely view of the moonrise & the sunrise from our balcony 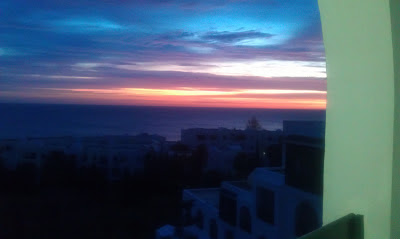 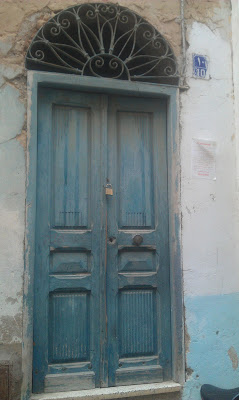 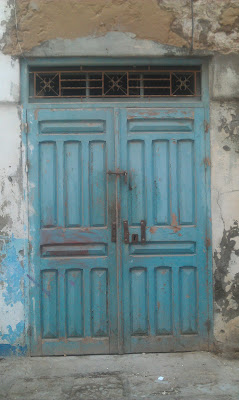 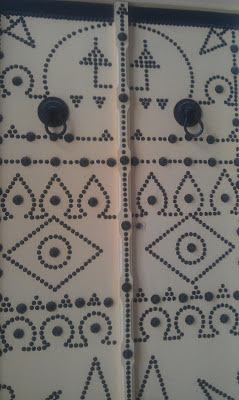 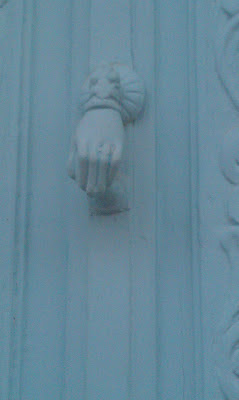 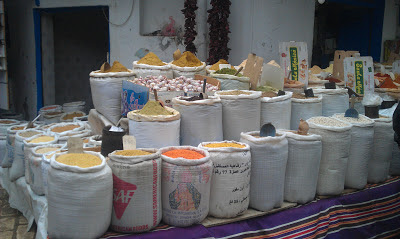 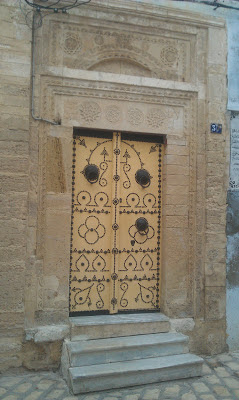 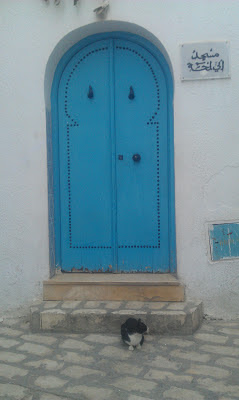 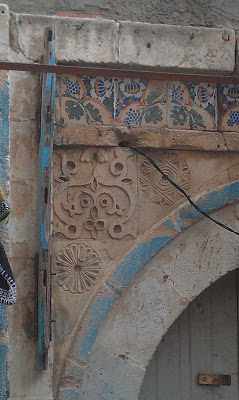 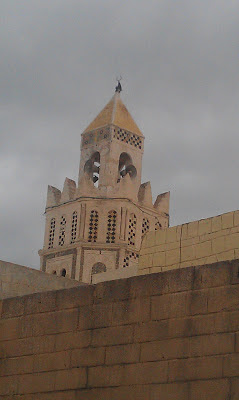 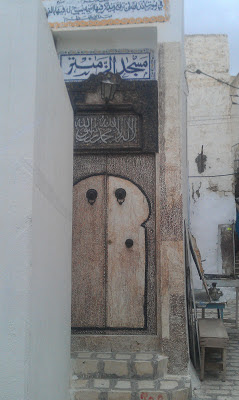 As you can see there are some beautiful details in the architecture. Interesting to spend time in a truly desert country. The country is clearly suffering from a lack of growth in the economy like loads of countries but most of the people were just lovely.
We won't go into details of the ones trying to chat me up (bear in mind that I am fat & fifty). Apparently getting a foreign passport is a legitimate career. I feel sorry for them & would probably do the same thing in their circumstances.
Sadly, 2 days after we left, someone assassinated the opposition leader & it is likely to kick off trouble again. Very bad news for the people who like you & I are just trying to get on with their lives. I hope that it does not progress to full on civil war. 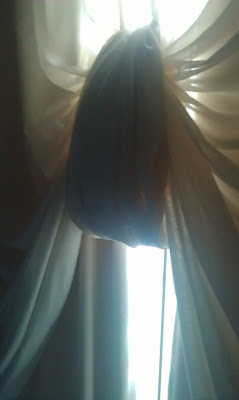 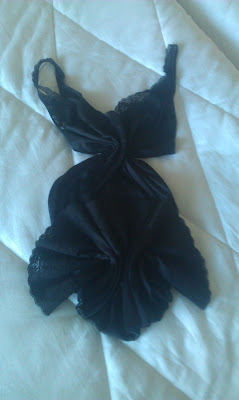 Some of the things that really cracked us up was how our room was "detailed" each day. Yes, that is my nighty in a frilly pose. Our lady was lovely, we only wished we could have spoken her language but we seemed to get along in broken Franglaise & hand signals.

I can recommend the place, t'was funny to see the Brits & German tourists out by the pool in swimmers & the locals rugged up in their winter gear. Temperature is relative.

We did some cultural stuff while there, went to El Djem which is the site for the 3rd largest but most intact Roman Colosseum in the world and went to a fantastic museum that has most of the Roman mosaics found all over the country. To say I was blown away is an understatement. I could have been there all day. I won't bore you with too many photos but trust me I took loads!! 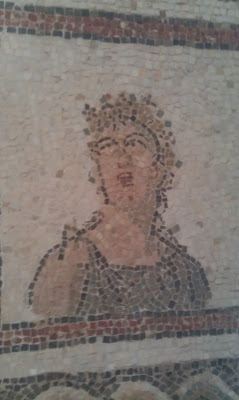 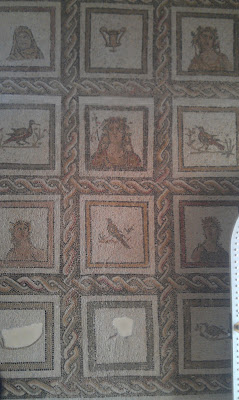 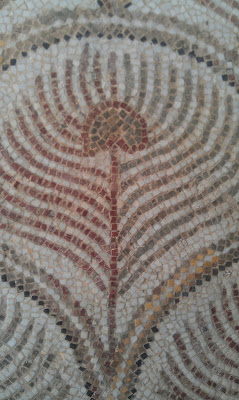 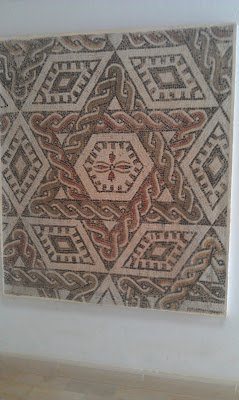 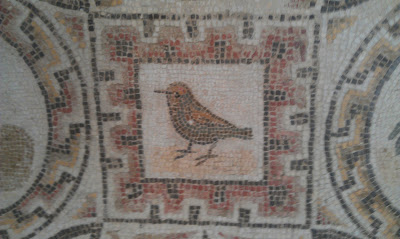 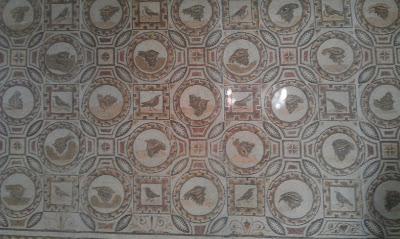 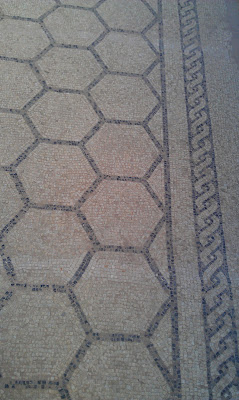 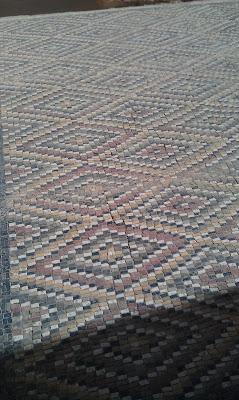 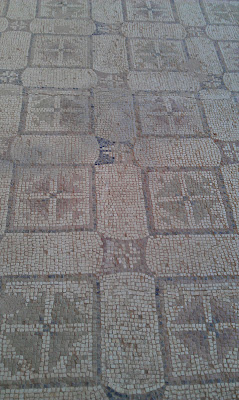 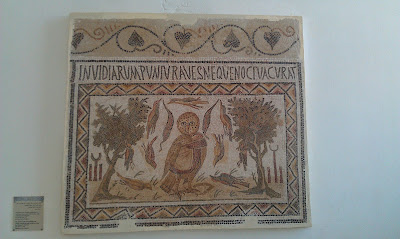 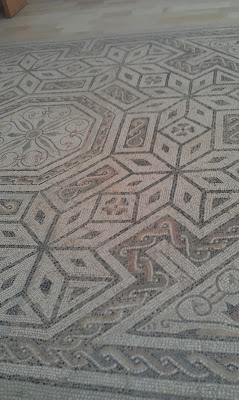 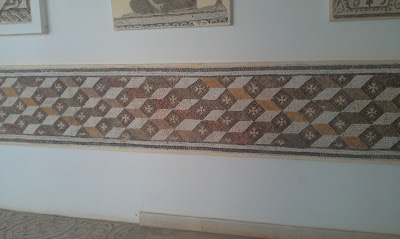 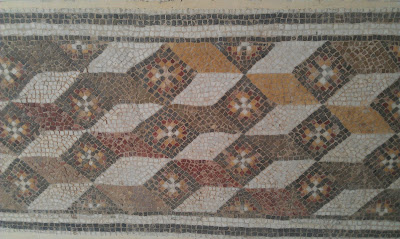 Some terrific geometric patterns in these mosaics and an owl! Nothing is new, everything has been done before. It drives me nucking futs when people bang on about how they have come up with a great new design. Seriously, don't take yourself so seriously. LOL

Loving what I do (but I would love the weather to get warmer & sunnier please?) 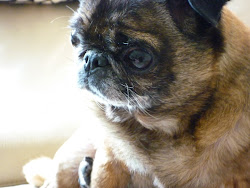 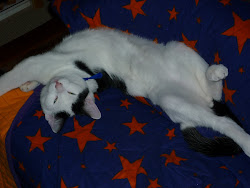 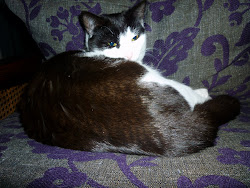